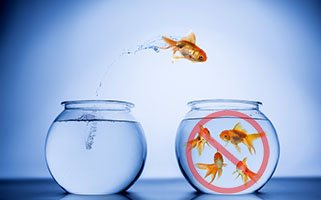 On May 21, 2018, the United States Supreme Court issued its decision in Epic Systems Corp. v. Lewis, a decision which could affect millions of employment contracts. The issue before the Court was whether employers should be allowed to insist that workplace disputes be handled in one-on-one arbitration, or should employees always have an option of bringing claims in collective actions. In a 5 to 4 decision, the Court held that companies can use arbitration clauses in employment contracts to prohibit workers from banding together to take legal action over workplace issues. Davenport Evans lawyer Jean H. Bender and Summer Associate Benjamin G. Selbo explain.

Trump nominee, Justice Neil M. Gorsuch, wrote the opinion for the Court. Justice Gorsuch wrote, “As a matter of law the answer is clear. In the Federal Arbitration Act, Congress has instructed federal courts to enforce arbitration agreements according to their terms – including terms providing for individualized proceedings.”  Epic Systems Corp. v. Lewis, 584 U.S. 1, 2, (2018). According to Justice Gorsuch, if workers are allowed to band together to press their claims, the speed and simplicity Congress originally saw in arbitration would be shorn away. The decision favors employers because it allows them to require employees to waive their collective action rights and be forced to resolve workplace disputes through one-on-one arbitration, rather than in class-action lawsuits.

In her dissent, Justice Ruth Bader Ginsburg criticized the majority opinion, saying such arbitration clauses discourage employees from bringing small claims individually because they are often not worth the expensive legal fees. “By joining hands in litigation, workers can spread the costs of litigation and reduce to the risk of employer retaliation.” Id. at 9. She also wrote that the decision could encourage employer misconduct because “Employers, aware that employees will be disinclined to pursue small claims when confined to proceeding one-by-one, will no doubt perceive that the cost-benefit balance of underpaying workers tips heavily in favor of skirting legal obligations.” Id. at 28. Moreover, Ginsburg wrote that because arbitration proceedings are often confidential, such arbitration clauses will produce inconsistent results in similar cases.

This decision resolves a conflict in the courts of appeals and provides clarity to employers that have entered into arbitration agreements with employees that contain class or collective action waivers. The decision may lead to more employers considering the use of such agreements.

For questions, contact Davenport Evans employment lawyers at 605-336-2880 or info@dehs.com.