Charles has received an AV Preeminent® Peer Review Rating by Martindale-Hubbell®, for the highest level of professional excellence for their legal knowledge, communication skills and ethical standards. He has also been recognized by Best Lawyers® in the areas of Banking and Finance Law, and Financial Services Regulation Law and has been ranked by Chambers and Partners in the area of Corporate/Commercial Law, and ranked in the top 5% of practicing attorneys in South Dakota by Great Plains Super Lawyers in Banking. 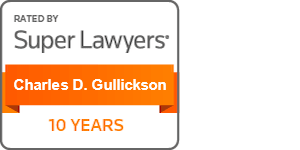