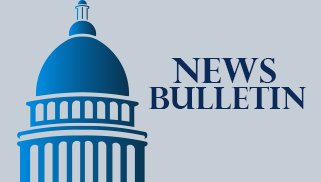 The Arbitration Agreements Rule (the “Arbitration Rule”) promulgated by the Consumer Financial Protection Bureau (the “CFPB”) is one step closer to being extinguished (click here for an earlier article on the Arbitration Rule).  Despite speculation that the Equifax breach may have doomed efforts to overturn the Arbitration Rule, a joint resolution to repeal has now passed both the Senate and House.  Banks and others offering covered products and services that have been hastily reviewing contracts subject to the Arbitration Rule and evaluating options for compliance, can likely put those efforts on hold.

The joint resolution now proceeds to President Trump for signature.  President Trump is anticipated to approve the measure.  His approval is the final action necessary to nullify the Arbitration Rule.  The repeal also prevents the CFPB from reissuing a new rule in substantially the same form without specific authorization from Congress.  The Arbitration Rule’s repeal is considered to be one of few major victories for Republicans since President Trump took office.

Interestingly, the progression of the Arbitration Rule has not only highlighted contentions in Congress, but also contentions between federal regulators.  The CFPB has maintained that the Arbitration Rule was in consumers’ best interest because it restored their day in court and deterred harmful business practices.  In contrast, however, Keith Noreika, the Acting Comptroller of the Currency, has consistently voiced opposition to the Arbitration Rule stating that it was contrary to consumers’ best interest due to the likely increased costs of credit and the impact on consumers’ ability to resolve concerns without the cost and delay of litigation.