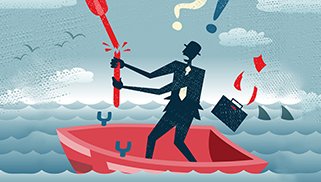 Generally speaking, Article 9 of the Uniform Commercial Code does not cover claims of a debtor under a policy of insurance. As such, a general security agreement granting a lender a security interest in accounts, general intangibles, and payment intangibles may not provide the lender with a perfected security interest in the proceeds of an insurance policy maintained by the borrower. In a recent federal court case, the court enforced the Article 9 insurance exclusion to prevent a lender from recovering on a $3.8 million insurance settlement. In the case, the Montreal Maine & Atlantic Railroad, Ltd. filed for bankruptcy following a catastrophic train wreck in which 47 people were killed by an explosion involving 72 oil tank cars. The railroad had purchased a business interruption policy of insurance from Travelers. When a settlement was reached with respect to the claim on the policy, a dispute arose between a secured lender and the bankruptcy trustee over which party was entitled to the $3.8 million in insurance funds.

The railroad had granted the secured lender a blanket security interest in its accounts, general intangibles, and payment intangibles. The lender perfected the security interest by filing a UCC-1 financing statement. The lender failed to obtain a separate pledge agreement or any confirmation of the assignment of the insurance policy from the insurance carrier. Based on these facts, the court ruled that the lender did not have a perfected Article 9 security interest in the proceeds of the policy despite the lender’s argument that the interest in the policy was really an account covered by its existing security agreement and financing statement. Notwithstanding the broad definitions of accounts and payment intangibles under the Code, the court held that the blanket exclusion of insurance under Article 9 thwarted the lender’s claim. Therefore, the court ruled that the bankruptcy trustee had a superior claim to the policy.

Based on the guidance of this case, lenders may want to consider taking additional steps to perfect an interest in an insurance policy maintained by a borrower. Many lenders are familiar with utilizing the insurance companies’ standard forms in order to obtain a common law pledge or assignment of an interest in a life insurance policy pledged by a borrower or an officer of a borrower. Lenders should also consider utilizing this practice in connection with significant business interruption or other policies of insurance that may well provide a means to repay a loan in the event the borrower suffers a catastrophic event. Lenders may also seek to have their name identified as a loss payee under the business interruption policy as a condition to the extension of the loan. In any event, a lender should not rely solely on a security agreement and UCC-1 financing statement to perfect an interest in a significant insurance policy.