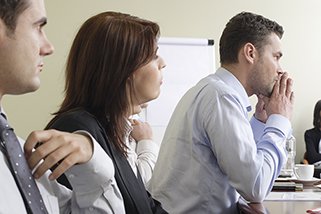 Conventional wisdom has historically held that private arbitration is quicker and cheaper for small businesses than litigation in a court of law, as Davenport Evans Partner Vince Roche reported in the November 27 edition of the Sioux Falls Business Journal.

Certainly, the lofty goals of increasing efficiency and reducing costs were the driving forces behind the adoption of statutes nationwide that allow parties to contractually agree to arbitrate any disputes that arise between them. In many instances, however, arbitration between small businesses ends up being more time-consuming and expensive than a lawsuit.

Why? Take filing fees and arbitrator costs, for example. In South Dakota state court, the filing fee is a standard, flat-rate fee of $70. That $70 buys you the clerk of courts to keep and maintain an accurate record of all the documents that are filed in the case, and, more importantly, it gets you a judge who hears the case without asking you for a penny in return. Arbitration fees, in contrast, typically vary by the value of the plaintiff’s claim and can go as high as $10,000 paid to the arbitration service to do little more than keep a record of the initial filing documents and provide the parties a list of “approved” arbitrators. And in contrast to a judge, the arbitrators themselves – who are typically practicing attorneys – charge an hourly fee, too.

On top of that, parties who think they have agreed to arbitrate frequently end up in court anyway. One party might claim the particular issue in dispute is not encompassed within the scope of the arbitration clause in the parties’ contract – an issue that a judge decides in a court of law. Or, after the arbitration, one of the parties might be dissatisfied with the result and seek to attack the arbitrator’s decision in court on the grounds that the arbitrator was biased or misapplied the governing law.

Comparative speed of decision rarely tips the scales in favor of arbitration, at least in South Dakota. We are fortunate to have a well-regarded, hard-working judiciary that quickly and efficiently resolves disputes. Not all states are so fortunate.

Still insistent on arbitrating? If so, carefully drafting the arbitration clauses in your contracts can minimize problems. For example, cut out the “middleman” – the arbitration service. Rather than stipulating in your agreement that the American Arbitration Association will arbitrate the dispute, have the agreement expressly name an arbitrator in advance or state that the parties’ respective attorneys will select a neutral third-party arbitrator if a dispute arises. Also make sure the arbitration clause is broadly drafted to encompass any conceivable dispute that could arise.

Even if you are ambivalent on the arbitration issue, never enter into an agreement without reading the arbitration clause – if you ignore it, you might be agreeing, for example, to pay all the costs of the arbitration and to arbitrate in a different state.