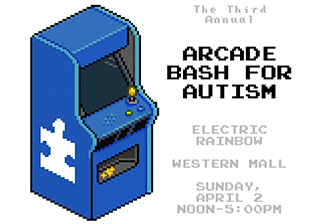 April is National Autism Awareness Month, and for the third year running, local families helped raise funds and awareness with the Arcade Bash for Autism. View the KSFY story here. 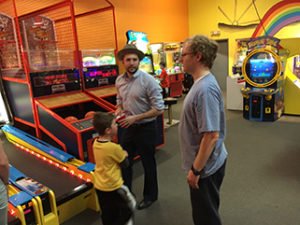 The event was founded by Steven Prendergast, son of Davenport Evans attorney Terry Prendergast, who works as a library assistant at the Sanford Medical Library. He also happens to have autism.

Growing up with autism, it was difficult being a child at a time when the condition was less understood than it is today. Steven often found comfort in video games, a love which he carried with him over many years.

By working at the Sanford Medical Library, Steven often encountered medical students looking for information about autism and related conditions, and he found himself providing resources and expertise about the condition. But, he wondered if there was something more he could do to spread awareness and help children who were now in the position he had been in growing up.

In 2015, Steven found the answer. He decided to combine his love of games with his desire to help autism causes. He began working with Edith, his mentor through Lifescape, to develop and organize a fundraiser.

The result was the first annual Arcade Bash for Autism at the Electric Rainbow Arcade in Sioux Falls. Through Steven’s efforts, the arcade agreed to donate half of all proceeds for that day to Augustana University’s Lighting the Way Autism Walk event. Steven found a major sponsor through Paul Ten Haken at Click Rain and other sponsors for additional giveaways and to help promote the event on social media. Davenport Evans also donated to the event, and attorney Terry Prendergast volunteered.

Steven’s Arcade Bash for Autism has been a huge success. Through the arcade’s proceeds and additional donations, the 2015 event raised $1,620 for the Lighting the Way Autism Walk. In 2016, the event raised $3,142, and on April 2, 2017 the event raised $5,127, a new record! Proceeds from all three events have helped the Autism Walk raise awareness about the condition, and the funds have directly allowed several children with autism in the Sioux Empire, and their families, to attend special autism camps, swimming lessons and music therapy, and allowed the Lighting the Way Autism Walk to establish additional outreach.

The above included an excerpt from South Dakota Hall of Fame: Steven Prendergast – Spreading Awareness On Autism 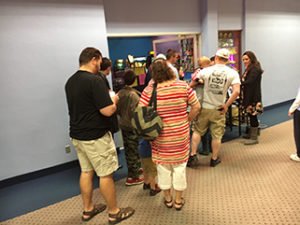 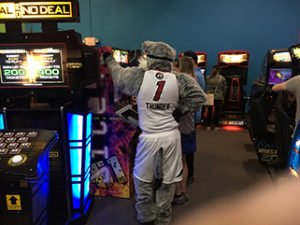 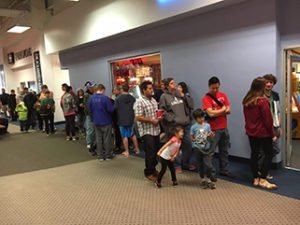 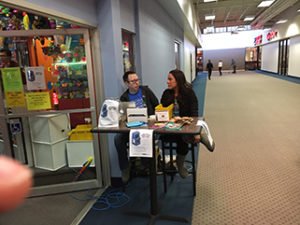