With #MeToo Movement, Time for a Review on Workplace Sexual Harassment 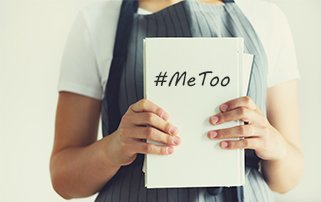 As published in the December 7, 2017 online edition of the Sioux Falls Business Journal, Argus Leader.


Lately, it seems like almost every time you look at your smartphone or turn on the television, you learn of more allegations of sexual harassment.  The #MeToo hashtag gave voice to many who felt powerless to do anything when they were subjected to sexual harassment at work.  Recently, Time magazine named its TIME 2017 Person of the Year as “The Silence Breakers,” people who came forward and spoke about their experiences of sexual harassment and assault.

We may be experiencing a real cultural shift in what conduct is considered acceptable at work, what people are expected to tolerate, and a new willingness in those who have experienced harassment, to speak out.  In the past, when people spoke out about harassment, they had real fears they would not be believed or could even be worse off for making the report.  Now, they are beginning to share their experiences, in the hope and expectation they will be believed.

With this shift, employers and employees may have questions about what is acceptable and what is taboo.  There are some clear and obvious boundaries.  There are also many gray areas.  To understand where conduct falls on a spectrum of behavior that is “just fine” to behavior that should be a “firing offense,” keep the following standards in mind, provided by the Equal Employment Opportunity Commission (EEOC).

These sorts of conduct may be objectively offensive and unreasonably interfere with an individual’s work performance by creating an intimidating or hostile working environment.

Sexual Harassment may include quid pro quo harassment, where an employee is asked or forced to engage in sexual acts or to tolerate sexual harassment to receive promotions or benefits or to avoid losing benefits or their position.

No one needs to put up with sexual harassment just because they are trying to do their job.

The good news is that employers and employees can work together to stop sexual harassment at work.  This may be achieved through good employment practices, like anti-harassment policies and procedures, training programs, effective reporting mechanisms, and appropriate responses and discipline to valid complaints of harassment.  Open lines of communication are crucial for reporting such behaviors, investigating reports, and following up after investigations.

Whether you are an employer or an employee, if you feel sexual harassment is an issue in your workplace, it is important to speak up.  People need not suffer in silence or shrug off sexual harassment.  Sunlight is nature’s disinfectant. ​​​​​​