Louis and Dorothy Hurwitz: Honoring the Past, Planning for the Future with the SFACF

The following article is shared courtesy of the Sioux Falls Area Community Foundation, as published in their Winter 2020 Newsletter. Louis Hurwitz was a founding partner of Davenport, Evans, Hurwitz & Smith, LLP.

As parents, Louis and Dorothy Hurwitz passed on countless values — a commitment to their faith, compassion for others, and a strong belief in philanthropy. Guided by those values, their children are working with the Foundation to fulfill their parents’ charitable vision, ensuring this special couple’s legacy of care lives on.

Tradition was important to Louis and Dorothy Hurwitz.

Married for more than 70 years, the couple was proud of their Jewish faith and worked hard to uphold the customs they’d grown to love and revere over their lifetimes.

Tradition, faith, their core values and a deep love for the community they called home all inspired the couple’s broad philanthropic pursuits as well, their daughter, Susan, said.

While Louis and Dorothy passed away more than a decade ago, their legacy of care lives on thanks to their children, who learned the importance of philanthropy from their parents and who, in partnership with the Community Foundation, have created strategies designed to fulfill their parents’ charitable vision of supporting the community they loved so much.

Supporting the Community That Supported Them 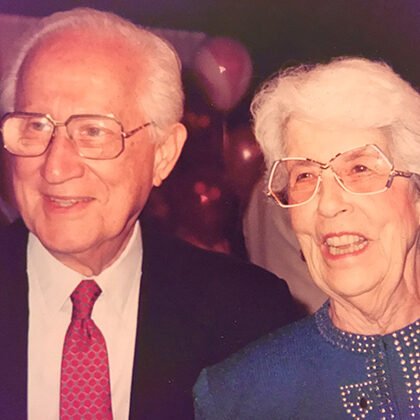 Born and raised in Sioux City, Iowa, Louis and Dorothy came to Sioux Falls in the 1930s to begin building their life together.

Here, they found a welcoming community that not only helped the young couple settle in, it also opened doors for professional and volunteer opportunities as well.

“One thing about the Jewish community, it embraced and looked after people when they were new to the area,” their oldest daughter, Nancy, said. “Soon after arriving in Sioux Falls, my father was introduced to Holton Davenport and that’s where his career began.”

Louis Hurwitz would go on to spend the next four decades working with Davenport, as well as fellow lawyers Ellsworth Evans and Deming Smith, practicing business and family law while helping to build the firm that is today known as Davenport Evans.

By his side always was Dorothy, offering steadfast support to her husband, caring for their children — daughters, Nancy and Susan, and son, Charles, and volunteering for various efforts throughout the community.

“Dad was outgoing and mom was quiet, efficient, calm,” Susan remembered. “She could get so many things done, but she was very content to be behind the scenes. They complemented each other so well.”

Beyond their work and family, Louis and Dorothy were intentional about serving and supporting their community. Volunteering for different nonprofits not only allowed Louis and Dorothy to help their neighbors in need, their daughters said, it also informed their philanthropic endeavors.

“Philanthropy came so naturally for both of them,” Susan said. “Because, they were both so grateful. They never lost track of where they came from and what they were able to build with the help of the community — with the help of so many people here. They just never forgot how much people did for them. They wanted to do the same.”

The couple’s growing desire to give back ultimately led them to work with the Sioux Falls Area Community Foundation.

“When the Foundation started, they saw a real opportunity to be philanthropic going forward,” Susan said. “It was one thing to give money and land, but through the Foundation, they saw that they could support organizations and causes they cared about in perpetuity.”

A Plan to Care for a Special Place 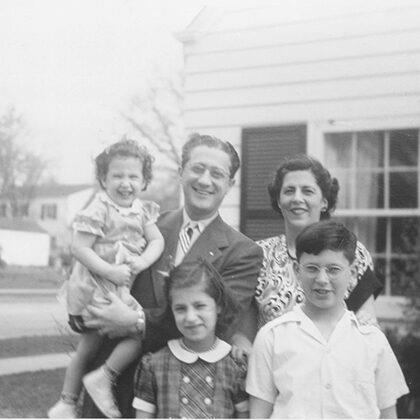 Susan described her parents as two people who always had a great deal of foresight.

That was evident, she said, in their desire to take care of the Mount Zion Cemetery in Sioux Falls.

Established in 1903 by the Jewish Reform Congregation, Mount Zion Cemetery is located on east 12th Street, not far from Cliff Avenue. Situated within a residential neighborhood, the cemetery’s 2.5 acres is surrounded by an ornate, wrought iron fence. A classic arch bearing its name in white letters stretches above its entrance gate. Since its founding more than 100 years ago, the cemetery has continued to follow traditional Jewish burial customs.

“Our parents knew that the Jewish community would always want a place to be buried that was a Jewish cemetery,” Susan said. “That’s the culture. That’s the tradition.”

A Philanthropic Vision and a Legacy of Care

In the early 1990s, Louis and Dorothy worked with the Foundation to establish a donor advised fund, distributions from which were used to support Mount Zion Cemetery. 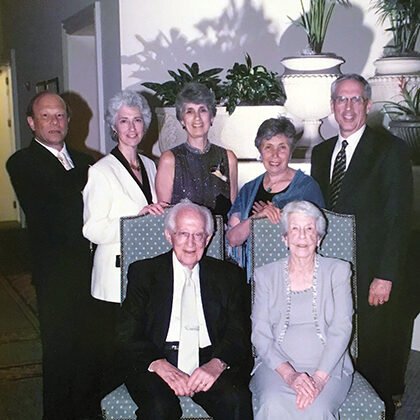 They chose a donor advised fund for a number of reasons.

Known for their flexibility and convenience, donor advised funds are essentially accounts held at the Foundation designed to help individuals and families support their favorite charities. Fund advisors can choose when they want to recommend distributions from the fund to nonprofits and causes they’re passionate about.

In Louis and Dorothy’s case, the couple eventually added their children as successor advisors to the fund, meaning that after their lives, their children could continue to recommend distributions from the fund — ensuring that support for the cemetery would continue on.

Nancy, Susan and Charles continue to advise this fund today. Doing so, they said, prompted their interest in additional philanthropic options.

Guided by their parents’ wishes to solidify a long-term financial future for Mount Zion, Nancy, Susan and Charles worked with the Community Foundation to establish the Mount Zion Cemetery Endowment. The siblings then worked to raise money for the endowment, soliciting donations from family members and others who cared about the Cemetery.

“An endowment is a fund that is invested to provide returns that replenish the dollars distributed to charity each year. This ensures endowment funds are ‘forever funds,’” said Mary Kolsrud, vice president for philanthropy. “Endowments offer the comfort of knowing that even after you’re gone, the Foundation will ensure that your charitable wishes are carried out.”

Later, the Hurwitz siblings initiated a process to transfer another trust benefiting the Cemetery to the Community Foundation, creating more flexibility in managing distributions.

The Foundation has always been open to new ideas. They brain-stormed with us and have worked to help make our philanthropic idea come to life, even though our idea wasn’t cookie-cutter. (Even though my siblings and I don’t live in Sioux Falls) the Foundation has always been easy to work with. If we ever have questions, we always get a call back right away. They’ve always made time for us. — Susan Hurwitz

“It’s been such a joy to work with this family to help fulfill Louis and Dorothy’s philanthropic vision,” Patterson said. “Children learn by example, and in working with Nancy, Susan and Charles, it’s easy to see that Louis and Dorothy modeled compassion, generosity and a true love for their community. Their children now live their lives guided by those same values. And today, they are continuing their parents’ legacy of care for the benefit of our community — for good, for ever.”

Susan said she believes her parents would be happy to see how their long-term charitable plans have moved into motion.

“I think they would be really appreciative of what has happened with the Foundation — how it’s grown and what it’s been able to do. I think that would please them greatly,” she said. “I think they’d be happy to know those early plans they made are taking care of this special place they cared so deeply about.”