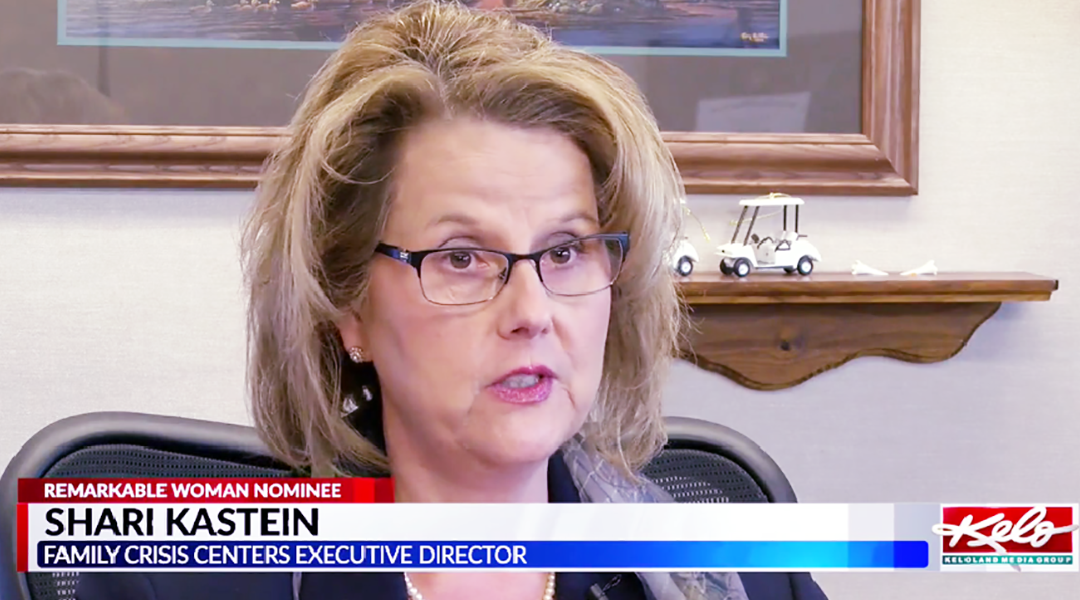 Remarkable Women of KELOLAND, presented by Davenport Evans Law Firm, is pleased to announce the second Remarkable Women nominee, Shari Kastein of Sioux Center, IA. The second finalist was announced February 18, 2020. “My passion in life has always been victim services, it really was a break or tragedy in my life, when I myself was a victim of domestic violence,” Kastein said. Nearly 35 years ago, Shari Kastein took her 15-month-old daughter and fled from her abusive husband. “35 years ago, there weren’t victim services, there weren’t victims rights, it was all through the criminal justice system,” Kastein said.

Since then, Kastein has worked to change that, creating domestic violence shelters all over the region, starting with the Family Crisis Center in Redfield. It’s a project that quickly gained the attention of South Dakota’s leaders. “I went out to Pierre and worked with governor Mickelson and was really active on the governor’s first crime bill,” Kastein said. “I chaired that for the state of South Dakota and I remember thinking, I don’t have any formal education, what do you want me to do? The governor was like, Shari, I want you to do exactly what you’ve been doing the whole time you’ve been testifying for this bill, to give victims a voice and you’ve got a voice that needs to be heard.” Over the last five years, Kastein initiated a new statewide call center for victims of violence that is helping her reach even more people. “Our new call center answers more than 35,000 calls each year,” Kastein said.

Earlier this year, Davenport Evans Law Firm partnered with Keloland Television to seek nominations for the Remarkable Women of KELOLAND Initiative. KELOLAND received dozens of incredible nominations and has selected four finalists to share more of their stories. They will announce one finalist per week on KELOLAND Living. Read their full stories here. The second finalist was announced February 18, 2020.

Remarkable Women of KELOLAND, presented by Davenport Evans Law Firm, is part of a nationwide Nexstar Media initiative to honor the influence that women have had on public policy, social progress and quality of life. You can learn about all four nominees in our Remarkable Women special which airs Tuesday, March 3rd at 6:30 PM, on KELOLAND Stations. The local winner will be announced March 6.