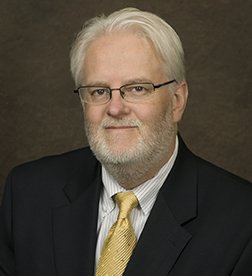 It is with sadness that Davenport Evans shares with the business community news of the passing of Monte R. Walz, a distinguished partner who retired in August 2013 after 30 years with the firm. Monte passed away Saturday, March 1, 2014, at Sanford USD Medical Center surrounded by his family and friends.

Monte joined Davenport Evans in 1983 and became a partner in 1987.  In his time with the firm, Monte had a diverse practice which included eminent domain work, bank compliance matters and health care law. Monte relished the practice of law and greatly enjoyed working with clients and community members alike. Outside of work, he served on several community Boards, including as a past Chairman of the five-state Midwest Region of the American Diabetes Association.

Monte was active in his church and devoted to his family, wife Vicki and children Megan (Ed), Nathan, and Michael.

To his friends and colleagues at Davenport Evans, Monte was known for his quick wit, in-depth legal analysis, and his advocacy of charitable causes on behalf of the firm. Click here for a full obituary.

Memorial services will begin 7:00 p.m. Thursday, March 6, 2014 at Gloria Dei Lutheran Church at 5500 East 57th Street in Sioux Falls. Visitation with the family present will be one hour prior to service time.