How to Deal with a Sexual Harassment Complaint, Bender on Keloland 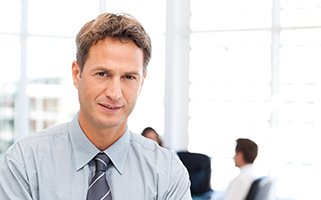 On December 12, KELOLAND News aired an exclusive interview with a former DCI agent who took her superiors to court and won.  In a follow-up story December 20, KELOLAND interviewed Davenport Evans lawyer Jean Bender for additional context instructing employers on how to deal with a sexual harassment complaint.

The December 12 story aired an exclusive interview with a former DCI agent who took her superiors to court and won. Laura Kaiser says they broke the law, after her claims of sexual harassment surfaced.  In 2012, Kaiser was demoted and forced to take a position in Pierre, hours from her husband and baby. Kaiser says it wasn’t right and a jury agreed.

“This case is not about sexual harassment, this case is about retaliation that started in the office that was condoned by the administration and was supported all the way up to the top to Mr. Jackley himself,” Kaiser said.

The case raises a lot of questions, including how should an employer respond to harassment in the workplace?

KELOLAND News spoke with an attorney who specializes in employment law.

To be clear, she was never involved in this case, but we did provide her with a copy of Kaiser’s complaint just before our interview.

“The way the facts are laid out in the complaint, I would agree it’s highly suspect, what they did,” Attorney Jean Bender said. Click here for the full story.

The longtime lawyer generally represents employers in her line of work.

“Moving her to another job, if you did that solely because she filed a charge of harassment, that’s clearly retaliation and a very bad idea. I would never recommend my client do that,” Bender said. Click here to read the full story.