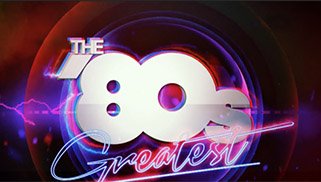 A few months ago, Davenport, Evans, Hurwitz & Smith law firm received a call from someone who said they were a producer representing the National Geographic Channel. They said they were shooting a special series called, The ‘80s Greatest, and wondered if lawyer Doug Hajek would come to New York or L.A. to be interviewed. You can imagine it took a few moments to confirm this was not a prank.

Davenport Evans lawyer Doug Hajek is known for his presentations on how Citibank came to South Dakota, and the National Geographic Channel was interested in the American credit card boom of the ‘80s. Producers viewed the credit card as the catalyst for shopping malls, designer jeans, and the unofficial American motto, “I Want It All.” The Citibank move to South Dakota was the first step in making credit cards available to everyday Americans. So today, you can find South Dakota lawyer Doug Hajek in the company of journalists, comedians, financial pundits, and even actress Susan Lucci, talking about why credit card statements across the nation read, “Sioux Falls, SD.” Follow this link for the National Geographic Channel special The ‘80s Greatest, Season 1 Episode 6, “I Want It All,” (opening story.) Click here to learn more about When Citibank Came to South Dakota.

The appearance was also covered by SiouxFalls.Business and Keloland Television.