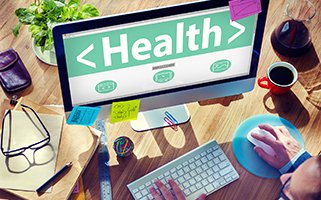 On December 20, 2017 a federal judge vacated the rules that govern wellness plans under the Americans with Disabilities Act ADA) and Genetic Information Nondiscrimination Act (GINA).  Essentially, the rules are still effective until January 1, 2019, and on that date the current rules will no longer have any force or effect.

The rules at issue are regarding what constitutes a voluntary wellness program. Under the ADA, an employer is prohibited from requiring medical examinations or asking questions about whether an individual has a disability, unless the inquiry is job-related and consistent with business necessity. Under GINA, employers are prohibited from requesting, requiring, or purchasing genetic information from employees or their family. Both of those laws contain an exception where disability-related inquiries and genetic information can be extracted through a wellness program if the program is voluntary. The regulations at issue under the ADA and GINA assert that an incentive or disincentive not exceeding 30% of the cost of self-only coverage does not render the wellness program involuntary.

The decision came after the same judge ruled in August of 2017 that the Equal Employment Opportunity Commission (EEOC) did not sufficiently explain the reasoning behind setting the incentive limitation amount at 30% of the cost of self-only coverage. In the August decision the judge did not vacate the rules because he stated it would cause widespread disruption and confusion in the business community. Instead, the judge remanded the regulations to the EEOC for a reconfiguration. In a status update, or a response to the judge’s remedy, the EEOC submitted a report that stated it would issue a new proposed rule in August 2018, a final rule by October 2019, and the rule would likely be effective at the beginning of 2021.  The judge in this case apparently did not agree with the prolonged timetable the EEOC set forth. As a result, the judge vacated the rules, effective January 1, 2019. The specific rules at issue are those under the ADA and GINA that state a wellness program is still voluntary if there is an incentive attached that does not exceed 30% of the total cost of self-only coverage.

The current rules are still effective until January 1, 2019. So, businesses must remain compliant with the current rules until that date.  The judge also required the EEOC to issue new proposed rules by August 2018. Such a deadline is presumably meant to provide those subject to the new rules a sufficient amount of time to become compliant with the new rules before the old rules are invalidated on January 1, 2019.