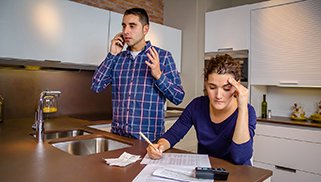 On August 11, 2016, the Federal Communications Commission released final rules implementing portions of the Bipartisan Budget Act of 2015 (the “Act”), which amended the Telephone Consumer Protection Act (the “TCPA”). The TCPA requires a called party’s “prior express consent” before calling the party using an artificial or prerecorded voice or automatic telephone dialing system. However, pursuant to the Act, certain calls made solely for the purpose of collecting a debt, which is guaranteed by or owed to the United States, are exempt from the consent requirements. The Commission’s final rules assist in clarifying which calls are now exempt and places certain limitations on the quantity and length of the calls.

How to Qualify for the Exemption

First, it is essential for financial institutions to understand what types of calls are “solely to collect a debt.” A call’s objective characteristics, regardless of a caller’s intent, are used to determine whether a call qualifies. Characteristics to consider include the timing of the call, i.e. whether the debt is in delinquency or imminently at risk of becoming delinquent, and whether the content relayed in the call is directly related to collection of the debt, such as a change in the debt’s payment amount or timing. Qualifying calls are not limited only to those initiated after a debt is in delinquency. Calls may qualify if they “have a reasonable nexus to seeking to obtain payment” and the risk of delinquency is not “too speculative and too far removed[.]”  Additionally, certain debt servicing calls relating to time-sensitive events, if initiated within appropriate timeframes, may also qualify.

Secondly, it is vital to understand which debts are included in the exemption. The Commission interpreted the exemption to include “only debts for which the United States is currently the owner or guarantor of the debt” and declined to analyze or define the exemption with further particularity. Debts that were sold in their entirety by the United States, or satisfied prior the call, do not qualify as they are not currently owed. To determine whether debts under specific federal programs are guaranteed by or owed to the United States, the program’s definitions and their interpretations may be instructive. It is presently unclear whether debts guaranteed by or owed to Freddie Mac and Fannie Mae qualify under this exemption, but notably, the Federal Housing Finance Authority, the agency charged with regulating Fannie Mae and Freddie Mac, stated in its commentary to the Federal Communications Commission that “the statutory exemption for debts owed to or guaranteed by the United States does not appear applicable to Fannie Mae and Freddie Mac loans.”

What to Know if a Call Qualifies for the Exemption

Overall, the exemption provides for limited use. Financial institutions performing calls under the new exemption must be vigilant about complying with the requirements. However, even with the help of the Commission’s final rules, it may be difficult to determine whether a call qualifies for the exemption and penalties for violating the TCPA can be substantial. In many circumstances it may be best to err on the side of caution by obtaining consent or manually dialing calls without the use of an autodialer or prerecorded message.