Deposit Accounts, Overdrafts, and the CFPB 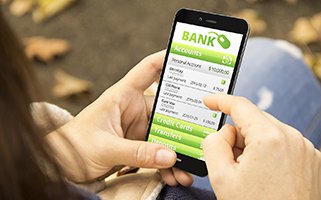 As published in the Independent Community Bankers of South Dakota newsletter, February 2016 edition.  Sign up for ICBSD e-news here.

Deposit accounts are the sine quo non of the business of banking – they distinguish banks from the numerous other types of players that exist in the financial services industry. While numerous non-bank entities offer products that compete with much of what banks do, general purpose deposit accounts are a product unique to banks. For all of their importance, then, it is perhaps somewhat surprising that historically deposit accounts have been less regulated than other aspects of a bank’s operations, such as consumer credit.

At the state level, there is little in South Dakota law that regulates deposit accounts. There are, of course, the Uniform Commercial Code provisions concerning negotiable instruments, bank deposits, and funds transfers (commonly referred to as Articles 3, 3A, 4, and 4A of the Uniform Commercial Code), and those provisions of the UCC serve as the power grid, so to speak, to carry and regulate the flow of funds in and out of deposit accounts. The UCC, however, does not seek to impose substantive regulation on how banks manage and operate their deposit account offerings. There is also a chapter (see SDCL Ch. 51A-10) in the South Dakota Code on bank deposits which is a modest grab bag of provisions relating to deposits, such as minors’ accounts and the duty of a depositor to examine his or her account statements, but like the UCC SDCL Ch. 51A-10 does not really attempt to regulate what banks do.

At the federal level, too, historically there have been few regulatory intrusions into the world of bank deposit accounts. That changed, however, in 1987 when Congress passed the Expedited Funds Availability Act – enacted for the purpose of standardizing hold periods on deposits made to deposit accounts, the EFAA was the first intrusion by Congress into regulating banks’ deposit account practices. Another intrusion, although less significant, came a few years later when Congress passed the Truth in Savings Act of 1991, seeking to establish uniformity in the disclosure of terms and conditions concerning interest and fees associated with savings accounts.

Over the years there have been a few other piecemeal attempts by regulators to police banks’ deposit account practices. There is, for example, the practice of deliberately managing how multiple debits to an account in a single day are posted to maximize the number of overdraft fees that can be generated for that account on that day. Perhaps with the benefit hindsight it is not surprising that these efforts caught the attention of plaintiffs’ class action lawyers, and some regulators have questioned the practice.

Overdraft fees are also a theme of a new development recently at the federal level. On February 3, 2016, the Consumer Financial Protection Bureau issued a Release on steps the Bureau is taking to improve checking account access. A copy of the Release by the CFPB may be found at this link: http://www.consumerfinance.gov/newsroom/cfpb-takes-steps-to-improve-checking-account-access/. In its own words, by issuing the Release the CFPB is “taking steps to improve checking account access amidst Bureau concerns that consumers are being sidelined by the lack of account options and by inaccurate information used to screen potential customers.” The CFPB’s Release encourages banks to offer “lower-risk deposit accounts,” i.e., deposit accounts that do not allow overdrafts. Interestingly, the Release does not expressly address excessive overdraft fees (although presumably excessive overdraft fees are a concern to the CFPB) and instead the Release focuses on the fact that potential customers for conventional accounts that allow overdrafts are often screened for their risk profile and as a result some potential customers are denied access to a bank account. The Release also expresses the view that consumers “are less likely to overspend their funds” if tied to a no-overdraft account, although the Release does not cite any empirical evidence to support that conclusion.

The CFPB’s February 3 Release also notes that on the same day it sent a letter to the 25 largest retail banks in the United States encouraging them to “make available and widely market lower-risk deposit accounts that help consumers avoid overdrafting.” The CFPB’s letter, which was included with its Release, states to its addressees, “This letter is not being sent in reference to any sort of regulatory requirement, but instead is simply a suggestion that I urge you to consider in serving your customers.” The letter goes on to describe how some potential customers are in effect sidelined from the banking system because of screening processes that exist for conventional accounts (those that carry the potential of overdrafts), and banks can better improve their efforts to reach out to the unbanked by offering accounts which cannot be overdrawn.

The CFPB’s Release also includes a bulletin issued by the CFPB concerning obligations of “furnishers” who provide information to consumer reporting agencies, including information about deposit accounts. The bulletin reminds banks of their obligations under Regulation V (codified at 12 C.F.R. Part 1022) to adopt policies and practices to avoid the furnishing of inaccurate information to consumer reporting agencies. Unlike the guidance provided by the CFPB in its February 3 Release and its letter to the 25 largest retail banks, Regulation V does of course have the force of law, and compliance with the regulation is mandatory for those who are subject to it.

It may be noteworthy that the CFPB’s Release on lower-risk deposit accounts is silent on one facet of no-overdraft accounts that is inevitable – bounced checks. Presumably the CFPB is well aware that some consumers who hold these types of accounts will from time to time write “bad” checks that the depository bank will have to bounce, but the CFPB’s Release does not address that reality or the bounced check fees that will inevitably result.

When compared to the myriad other regulatory developments that banks have had to cope with in recent years, the CFPB’s Release on lower-risk deposit accounts is quite modest. It imposes no requirements on banks and in essence it is simply a suggestion that banks increase their offerings of no-overdraft accounts. It is unlikely, however, that the Release is the end of the CFPB’s interest in bank account overdraft practices and overdraft fees.