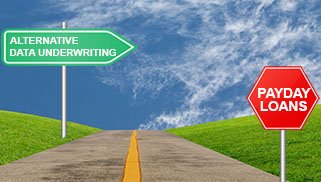 Last week, the Consumer Financial Protection Bureau (CFPB) announced final rules placing significant restrictions on the payday lending business model. According to the CFPB, the new rules will “stop payday debt traps by requiring lenders to determine upfront whether consumer have the ability to repay their loans.” The restrictions in the rules are significant, including pre-loan underwriting to determine “affordability,” limits on repeat borrowing, reporting requirements through CFPB-approved “registered information systems,” and limits on collection debits to borrower accounts. While the industry and its lawyers are still sifting through the nearly 1,700 pages included in the CFPB’s release, it seems clear that the payday industry as we know it will be substantially changed if the rules take effect in 21 months as planned. Between the CFPB’s initiative and multiple state-based restrictions (including South Dakota’s 2017 legislation), payday lenders face an increasingly difficult regulatory environment.

As the old adage goes, however, when one door closes another one opens. Just three weeks ago, the CFPB issued a “No-Action Letter” to fintech Upstart Network, Inc. in connection with the company’s model for evaluating and issuing non-revolving unsecured consumer loans to consumers having “thin” credit reporting files. In the industry, a “thin” credit report refers to a consumer that has little or no credit history, often including students, young workers, and recent immigrants. Upstart Network, through a relationship with Cross River Bank, has been marketing closed end loans to be originated by the bank and purchased by investors since 2014. Upstart utilizes a technology-based underwriting model relying on traditional and alternative data sources to determine whether or not to extend credit. In Upstart’s submission requesting the No-Action Letter, the company asserted that the threat of claims under the Equal Credit Opportunity Act (ECOA) and Regulation B based on the “disparate impact” theory were hindering the growth of its business. While the data points relied upon by Upstart were not on their face discriminatory, Upstart and its investors were concerned that a claim would be made against the company alleging that its underwriting model disparately impacted protected classes under the ECOA and Regulation B.

On September 14, 2017, the CFPB issued its No-Action Letter stating that it had no present intent to initiate an enforcement action against Upstart under the ECOA (for additional information regarding CFPB No-Action Letters, click here). In exchange for the No-Action Letter, Upstart will be obligated to submit information and results to the CFPB for a period of time in order for the CFPB to evaluate the Upstart model and analyze the performance of the loans made, including the types of borrowers applying for and obtaining credit. In the No-Action Letter, the CFPB specifically noted that it was exploring ways to use alternative data in loan underwriting to expand the availability of credit to consumers. If this sounds familiar, the OCC cited a similar interest in expanding credit availability to consumers when it announced that it would accept national bank applications from fintech companies earlier this year. As a result, perhaps these types of lending models will provide an alternative for lenders displaced by the CFPB’s new payday lending rules.