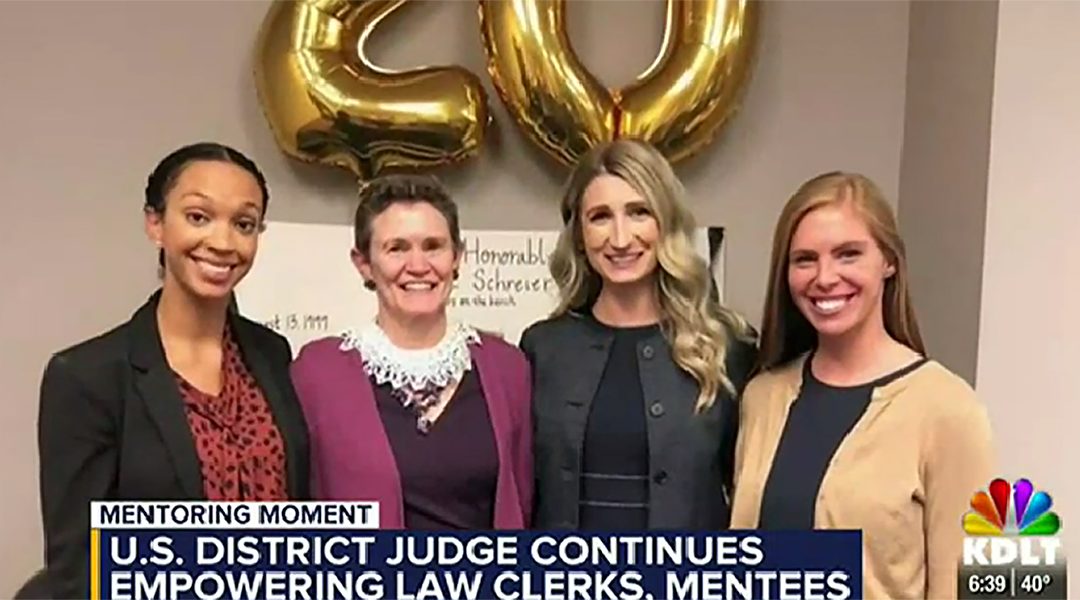 The following is a story from Sam Wright of Dakota News Now, discussing mentoring with the Honorable Judge Karen E. Schreier and Davenport Evans lawyer Alayna A. Holmstrom.

SIOUX FALLS, S.D. (Dakota News Now) – The Honorable Judge Karen Schreier was the first woman appointed as a United States District Judge in South Dakota; however, her contributions in law go beyond the court.

We spoke with one of her mentees, Alayna Holmstrom, in late September as she prepared for another day at Davenport Evans Law Firm. She has become more familiar with her responsibilities and is only a few blocks away from her mentor Judge Schreier. She was grateful for the opportunity to work as a law clerk for Judge Schreier and says it was invaluable time spent.

“It’s more than just a job, it’s the opportunity to be one of Judge’s mentees,” Holmstrom said. 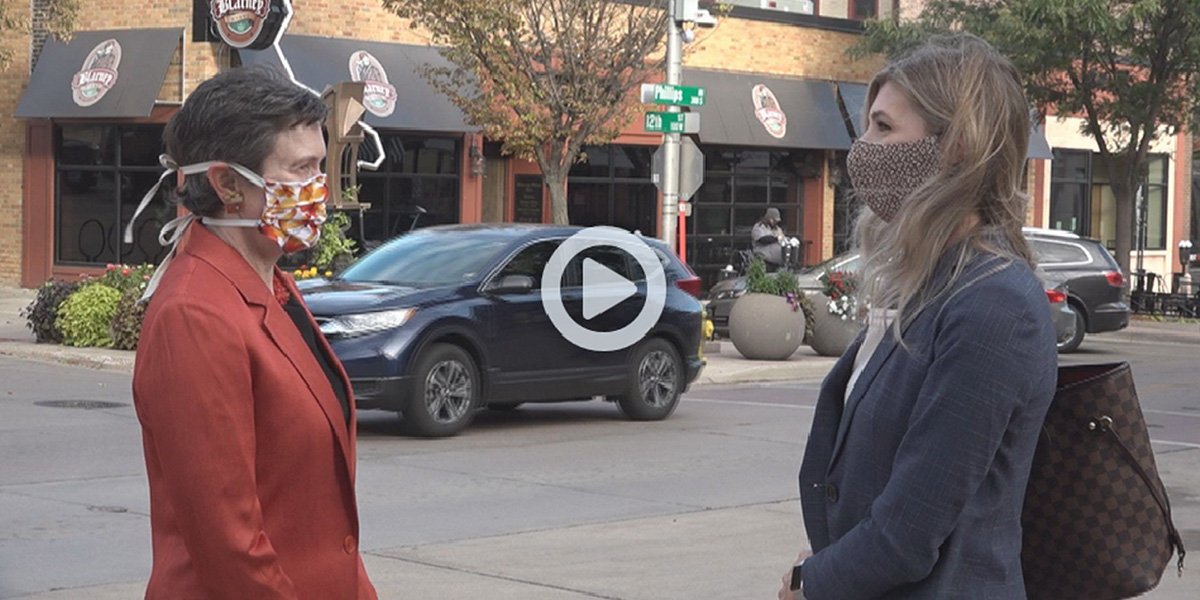 Many federal court judges hire career law clerks which means a longer tenure, but Judge Schreier has enjoyed hiring term law clerks for two-year tenures. She feels it is an obligation to the local bar to train new lawyers. Schreier knows law school involves a lot of time learning about the law but not necessarily practicing it, so she trains new lawyers on writing briefs, making arguments to a jury, and being more effective altogether.

Now through Sioux 52, Holmstrom gets to take on a mentor role for a young girl through the Bartlett Foundation. She says it helps personal growth, but also provides a chance for self-reflection to decide if mentoring is the best way to change someone for the better.

The mentor can sometimes learn from the mentee as Judge Schreier has absorbed some of the new cultural fads in music, media, and groups from her law clerks. Holmstrom and two other clerks even helped Judge Schreier celebrate her 20th anniversary as a judge by asking a special favor of the late Justice Ruth Ginsburg to borrow one of her jabots to wear for the day.

“She sent it and said please have her keep it and congratulations on 20 years,” Judge Schreier said.

Both Holmstrom and Judge Schreier hope to continue paying it forward as they continue their work just three blocks away from each other.