Sioux Falls lawyer Doug Hajek didn’t enter the practice of law on the usual path. After graduating from college in 1972, Doug began a 10-year career in banking — first, as a commercial lender with US Bank in Rapid City, then in Minneapolis managing the company’s system-wide commercial loan participation pool, and finally, managing Western Bank’s mortgage banking operation in Sioux Falls.

Doug decided to enter law school in 1982. Since graduating in 1985, Doug has had an active practice in corporate law, public finance, and in working with banks in all aspects of regulation, management, and lending. He also served as a contract lobbyist during ten sessions of the South Dakota Legislature, working primarily with trust, banking and insurance legislation. He served as the lead lobbyist for a variety of measures, including legislation authorizing the establishment of independent trust companies, which has since led to the formation of many private trust companies in South Dakota.

With largely a transaction-based practice, Doug has the opportunity to provide strategic advice to corporate and banking clients. He also consults with clients and works with state government leaders to preserve and build upon South Dakota’s reputation as the most advantageous main office site for banks doing business on a regional or nationwide basis. In his public finance practice, he serves as bond counsel to cities, counties, other public entities and nonprofits, and regularly appears before public bodies to explain financing structures and options.

Doug has been active in his community and in statewide organizations. He currently serves as vice chair of the South Dakota Building Authority, and is a member of the Finance Council for the Catholic Diocese of Eastern South Dakota. He also serves with THRIVE, a newly formed non-profit whose mission is to unite business, government, non-profit and faith efforts to ensure children have resources needed to achieve optimal educational and career potential. 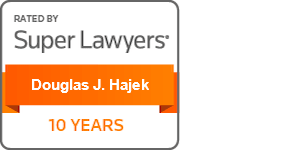