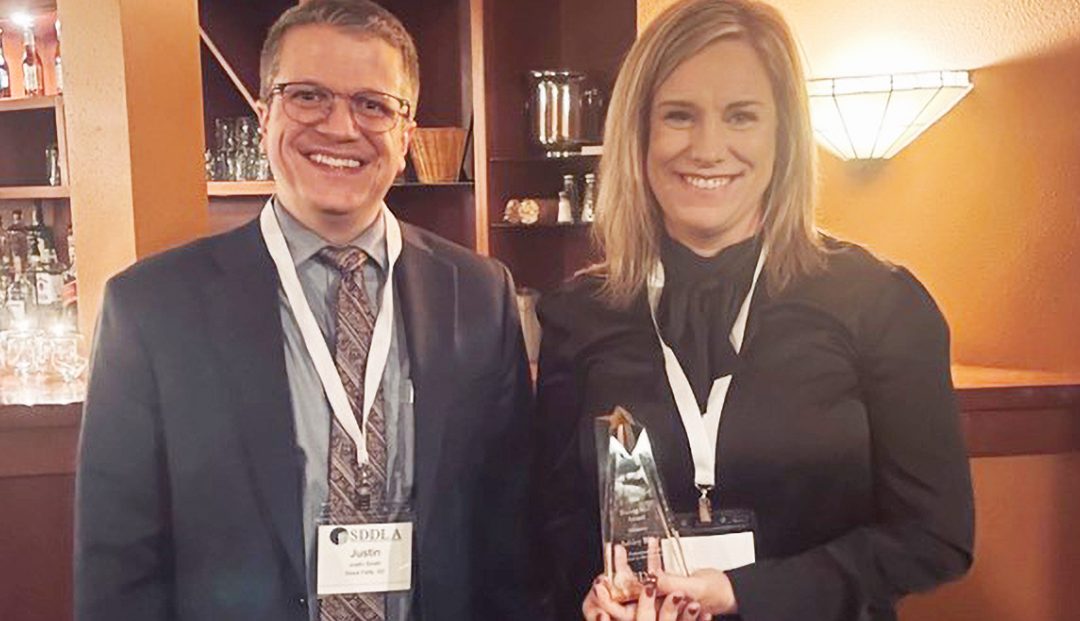 In addition, the SDDLA presented the Robert C. Riter, Sr. Award for Distinguished Service to Rob Anderson of May, Adam, Gerdes & Thompson in Pierre, and the Collegiality Award to Greg Erlandson of Bangs McCullen in Rapid City.

A native of Sioux Falls, Ashley Brost joined the firm in 2018. She earned a bachelor of arts degree from Augustana University and a Master of Education degree from the University of Sioux Falls. She spent several years teaching middle school before attending law school at the University of South Dakota. After completing law school, Ashley clerked for the Honorable Roger L. Wollman of the United States Court of Appeals for the Eighth Circuit. Ashley has been appointed a Criminal Justice Act defense attorney for the United States District Court for the District of South Dakota and the US Court of Appeals for the Eighth Circuit. These federal criminal cases come through appointment by the Court under the Criminal Justice Act. Outside of work, Ashley serves on the Board of Directors for McCrossan Boys Ranch and the Family Visitation Center, and volunteers as a Sioux Empire Teen Court judge. She also serves as a Lutheran Social Services Everyday Heroes Mentor and an Augustana University Alumni Mentor.

Read more about each of the SDDLA honorees here.